“China was mistakenly placed outside the International Space Station, the final punishment will be the United States.” “Lunar month second person”, nearly 88 years old, the United States, the United States, Of the former US astronaut Baz Alderlin recently in the “Global Times” reporter was an exclusive interview with quite emotion. In his mind, will urge the United States Aeronautics and Space Administration to strengthen cooperation with China’s space as its own responsibility. July 20, 1969, Alder Lin in Armstrong completed “a small step, a big step in mankind,” 20 minutes after the start of the moon. Aldrin gives the impression of an old urchin, but it is a tough and persistent idealist. On the moon, his next goal is to hope that man will board Mars as soon as possible. “Global Times” reporter has repeatedly to Alderlin is located in the top of the high-rise residential visit to see him with a large vertical telescope overlooking the sky, his family also has a room dedicated to a variety of exploration and Space related souvenirs. And these years, each time and Aldrin exchange, he will “three sentences away from Mars”, but let him slightly regret that the Americans on the moon’s passion is far better than the exploration of Mars. Photo: October 19, 2016, the European Space Agency (ESA) and the Russian Space Agency jointly developed the “Schaiparelli (Schiaparelli)” Mars lander, after more than seven months of the long space of the Brigade, successfully landed on the surface of Mars “Meridian Plain”.

The future of leading space exploration is China 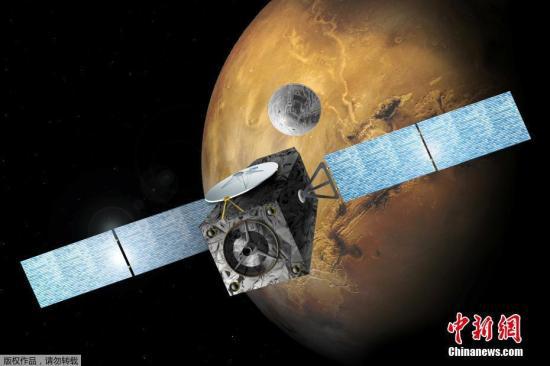 Global Times: Do you exchange these years and the Chinese aerospace more? Which Chinese astronauts are most familiar to you?

Alder: I am often invited to China, and the Chinese aerospace industry exchanges. In June of this year, when I came to Beijing to attend the Global Space Exploration Conference, my American friends also hoped that I would like to talk about space cooperation in the United States, they think I can help the United States and China space cooperation, and cooperation can bring benefits to both sides. In May 2004, when the delegation of China’s manned space project visited the United States, I met Mr. Yang Liwei. The delegation presented me with a very fine statue of Chinese astronauts, and the statue was also engraved with the “outer space treaty”. When I was invited to China, I also saw the same crystal statue on the showcase and saw that the Chinese were very proud of it. I also see the United States then gave China a piece of lunar rock, which shows that the Chinese aerospace sector recognized the value of the moon rock.

In 2013, I was invited to Beijing to attend the 64th International Astronautical Union during the period, through translation and Yang Liwei talked about an hour. At this meeting, I also saw old friends, American Chinese astronaut LeroyChiao (Jiao Lizhong), we are on the field of space related issues frank exchange of views and views. In 2014, the Space Explorer Association annual meeting held in Beijing, Yang Liwei and I once again talked about, and posed for pictures. When I mentioned Leroy Chiao did not attend this meeting, Yang Liwei said, “do not know this person,” I also guess he may not want to talk to my foreigner and he had Léoy Chiao chat with the day it When I came back to the United States to see Leroy Chiao and expressed my doubts, Leroy asked me, “What name did you mention me?” I realized that I had only spoken the name of Leroy Chiao in English and Yang Liwei In fact, they are between the Chinese call.

Global Times: how do you evaluate these years of Sino-US space cooperation?

I very much hope that countries with space capabilities are engaged in international cooperation. I have been working to coordinate and advance NASA’s space cooperation with all aerospace countries, particularly in the field of manned spaceflight, to promote collaboration between NASA and the European Space Agency (ESA) and China. I think ESA’s primary partner is China, ESA and Russia also signed a lunar exploration agreement, Japan is willing to join with its partner country on the moon.

Hero’s reverence is still diminished. Remember that there were times when I talked to you and kept the Americans coming and saying, “You are Mr. Bart Oderlin, thank you for everything you have done for your country. 123>

Alder Lin: Yes, another two years, is the “Apollo 11” on the 50th anniversary of the anniversary. For the Americans, this anniversary is both an important historical moment of the feelings, but also a vision for the future. But the American people’s feelings on the moon seems far deeper than Mars, so they do not accept Mars to explore, on the contrary, some people still think about the return to the moon.

Global Times: So what do you think of US space policy? <Aldrich: I have their own ideas on manned space and landing Mars, though not perfect, nor the best, but still a good idea.

However, such a good idea, I can not find supporters in Washington, I know this is due to policy reasons. I do not understand why Washington’s manned space circles and Washington scientists do not communicate with each other? Not only that, they also compete with each other and make it happy. I think China will not do that

At present, NASA has no practical action in building a deep transit station to Mars. Some aerospace companies have no vision, their approach is not only disappointing, but also the use of NASA. Although I am not an unfounded person, but I still worry about this. At least in my mind, I know what we need to do and what we can do. I hope to be able to play a role in the development of US national space policy and the promotion of civil space, space exploration and so on.

Now, Google, the space exploration of this new space companies involved in the field of space in the United States more efficient, in addition to Boeing, Lockheed Martin and the Joint Launch Alliance and other traditional space launch companies, the new space company The rise of the United States to change the traditional concept of manned spaceflight.

Global Times: I noticed that your tie is filled with space-related patterns that you wore Clothes also printed with “Martian” several characters, and some also printed “from the earth to the moon and then to Mars” pattern, your e-mail is also spelled as “Martian”. Why is this fascinated by Mars?

Older: As early as 1985, I was optimistic and looking forward to the future of human freedom in the moon and free to return to the opportunity. The free return makes me curious about why the moon circulates around the earth. In fact, free flight and free return also apply to Mars. In 1996, I wrote two science fiction novels about Mars, involving ideas and predictions of space age. In 2009, I participated in the study to draft the “Agustin Report”, which included the exploration and landing of the Mars program, and submitted a report to President Barack Obama for 90 days, hoping that the United States could have an ambitious plan for Mars. My basic principle is: the United States minimal intervention, the international community to the maximum intervention. In April 2010, President Obama flew to the Kennedy Space Center in Florida to prepare a new space exploration program (mainly to abandon the former President George W. Bush’s return to the Moon’s “Constellation Plan” by 2020 and hope that the United States could In the middle of the year, astronauts were sent to Mars and returned safely to Earth, which was controversial within the US political and aerospace institutions. I have not only met with him, but also successfully described my idea of ​​Mars.

Four years ago, I exchanged views and opinions with the parties concerned on the free flight and return of the moon and Mars. I think that now humans can do better than that time. My idea is to set up a group of 6 people each board of the Mars team, starting in three batches, for every six months, the implementation of Mars two or three times landing, and every time Mars landing in the time than the previous time extend. Before sending the first astronauts to Mars, we will “space hotel” first launch to the orbit of Mars, and prior to consider how to clear the space garbage. Although the results of these explorations may not be very satisfactory, but the US Congress will say: we know how to land on Mars, let us put some of the budget on the Mars project!

Global Times: What do you expect from the future of Mars? <Aldrich: I and my friends plan to build the "Mars World" theme park. In addition, I had the idea of ​​shooting a movie of Mars, and asked the children to act as an actor. In this way, when the "Mars era" arrived in 2040, these children have grown up, and some may be larger than we were on the moon when the number of older (Older and Armstrong 1969 when the moon is 39 When they face some unexpected situations in the exploration of Mars, they can calmly make the right and decisive decision.

It is important to keep a healthy state for the astronauts who land on Mars and stay on Mars. Radiation is something that needs to be understood and prevented, because radiation is difficult to eliminate in the body for a long time, and some may even be with life.

Scientists: global warming consequences serious hundreds of millions of people at the end of the century fear of water?